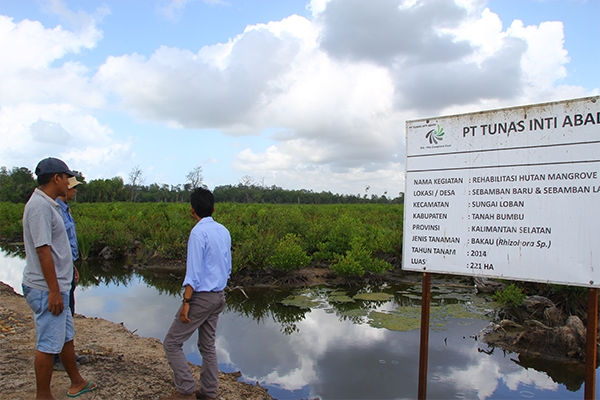 10.00 am Hamzah, is a pond farmers at Sebamban get off from the house, he and his family lived on the edge of the river that divides Sembaban Tanah Bumbu District.

As usual, his activity as the pond farmers with a small boat known as klotok. That day, Tuesday, September 6, 2016, his activity was different, he invited two journalists from the national print media to see his daily life, they discover Sebamban River to upriver.

On the left and right sides of the river there are a palm trees that make the Sembaban river seems lush and beautiful.

But behind the palm trees, there are ponds community barren and covered mangrove trees which is only 1 or 2 mangroves among each pond.

They stopped on the right side of the river, then Hamzah said that there were no mangroves before. Since the presence of PT. TIA, he started to plant mangroves along regional river for rehabilitation program.

TIA River Flow Area Rehabilitation Program has started since 2012 around the river Sebamban, since it is located side by side with the port TIA. Until 2016, TIA has been planted in 2,117 hectares spread in some areas and not only mangroves but also other plants such as pine, mahogany, and others.

Hamzah told, harvest shrimp increased after planting mangroves in his pond. In 2016 he used to get half tons of shrimp from four ponds and prior to that the shrimp has decreased even no harvest at all. He knew, TIA was the one who caused it. Back then he was very difficult to open ponds without heavy equipment.

Hamzah is now starting to see a change, traditional farms begin has the results. Mangrove can support traditional farmers to improve yields. Ecosystems that have been fixed to improve the welfare of society. He realized that he could not harvest because of damaging natural and TIA is helping him to understand that with the Rehabilitation program, it also support the community surround. 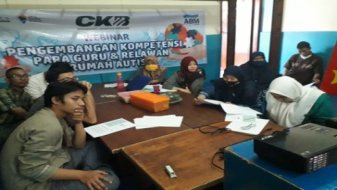 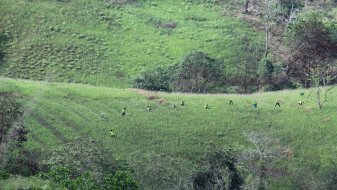 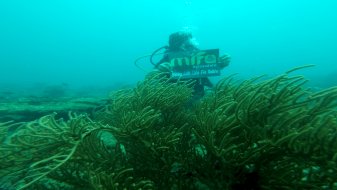 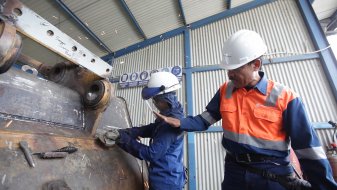 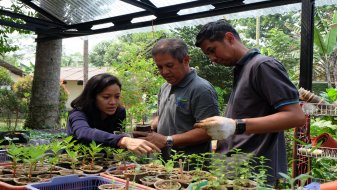 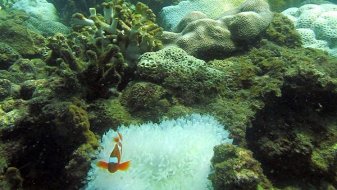